Books have typically defined both my intellectual and religious life. In my very early teens a relative gave me a book surveying world archaeology, and from that time some tie to antiquity formed in my soul and brain and eventually dictated my selection of graduate studies. That fondness for archaeology and ancient history began to intermingle with my understanding and testimony of the Book of Mormon when I found Thomas S. Ferguson’s One Fold, One Shepherd among my father’s books. From the time I first picked it up, my interests in the gospel and in archaeology had fused. My father never got the book back.

I took that excitement about the Book of Mormon and archaeology with me on my mission in Spain. When I returned, the excitement still burned brightly enough that I decided that I should take my new fluency in Spanish to the chronicles that surely supported everything in the Book of Mormon. I wanted to be able to say that I knew that they were true because I had read the sources and they said just that. I did: They didn’t. I didn’t lose any faith in the Book of Mormon, but I certainly lost faith in LDS writers who opined about New World history and the Book of Mormon (including One Fold, One Shepherd). By the early 1970s, I resigned myself to the role of gadfly, poking at the obvious problems with the armchair archaeologists and their misuse of information relative to the Book of Mormon. Then I met John Sorenson.

Dr. Sorenson allowed me to vent about the problems that were obvious in the way LDS writers had attempted to use archaeology and history in support of the Book of Mormon. His response was to give me a manuscript (about a decade before it was published as An Ancient American Setting for the Book of Mormon). At that time, my mental picture of Nephites and Lamanites vacillated between movie depictions of ancient Jerusalem and the Romans-from-an-alternate-universe depictions of Arnold Friberg. Sorenson painted a picture that comfortably placed the Book of Mormon in Mesoamerica. I didn’t, and don’t, agree with all of Sorenson’s analyses, but he gave me a context in which for the first time I could see how the Book of Mormon could plausibly fit into a real place and time.

Nevertheless, the Book of Mormon took a distant back seat to the exciting world of Mesoamerican studies. However, while doing some fieldwork in Guatemala, all of the note cards I had amassed towards a dissertation were stolen. In the days of typewriters rather than computers, there were no backups. Lost was lost. Right at the point where all that remained was the final examination and the dissertation, that disheartening loss and our economic realities led my wife and me to decide that I should stop my program for a year and earn some money to get us on our feet. It has been a very, very, long year.

While concentrating on trying to find a way to support and raise a family, interests in Mesoamerica lingered in my reading. Eventually, it was the Internet that provided the impetus to reintegrate my academic interests and love for the Book of Mormon. While participating on a fascinating email list, the owner/moderator of the list asked if I would be willing to write a weekly column. I remembered James Faulconer‘s book entitled Scripture Study: Tools and Suggestions (FARMS, 1999). Faulconer suggested that one might go through the scriptures slowly and to ask lots of questions of them. Having read several scholarly commentaries on books of the Bible, I keenly felt the lack of a similarly scholarly and comprehensive commentary for the Book of Mormon. I agreed to do the article as an ongoing commentary on the Book of Mormon that would go slowly so as to be able to ask lots of questions of the text.

It has been a fascinating project and in some ways a blind leap of faith. Considering my background in Mesoamerican religious ethnohistory and Sorenson’s foundational work, I determined to read the text against a Mesoamerican historical and cultural background. When I started, I didn’t know if it would work, but I began as though it would. I soon found that whenever I attempted to look ahead I was going to be wrong. I had to plug along a verse at a time. It was not so much a process of fitting the Book of Mormon into a Mesoamerican setting as it was the text opening my eyes to the world in which it was written. The authors had to tell me their story; I couldn’t impose one on them. Why did the people in the Book of Mormon have the specific problems they had? Why did Nephite apostasy always take a very similar form? Why was victory defined so differently from my understanding of European history? Why did some faith-promoting stories in the text make so little sense if you looked at the story carefully? The authors seemed to patiently explain how their particular culture at their particular time provided the background that seemed to naturally answer such questions. Of course, I mean that metaphorically. The text, seen through the plodding and gradual travel through time and space, was not only a different kind of fit than I had imagined, it was a better one.

The Book of Mormon is very different from what I read as a teenager or even as a young father. The text is the same, but now I read about some of my best friends. They were real people with real lives, real problems, and, perhaps best of all, real solutions. Even after the commentary was published, the Book of Mormon keeps reminding me that there is even more to its story. I had thought I would have finished, but it seems that there is still more to understand. The Book of Mormon has become richer, more nuanced, more understandable—yet no more true. The Book that Mormon created was written by a very human man. It was translated by a very human man. Nevertheless, both Mormon and Joseph were touched by the divine, and it is the divine that shines in and through the text. It makes so much more sense to my mind as I understand it against history. The divine in it continues to make sense to my heart. It always did. It always will. 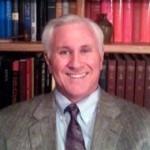 Brant A. Gardner received a master’s degree in anthropology at the State University of New York, Albany. He published articles on the Aztec Legend of the Suns and Aztec kinship terminology in its descriptive and social uses. From 2007-2008, Greg Kofford Books published his six-volume Second Witness: Analytical and Contextual Commentary on the Book of Mormon. Married to the former Valerie Carroll, with whom he has four children and eleven grandchildren, he lives in New Mexico, where he works as a sales engineer in a software firm.