Brian C. Hales
I am grateful for the Book of Mormon. I believe God designed it as a handbook for the final gathering of Israel in our day. It carries a spiritual power that facilitates a sincere reader’s ability to feel its truthfulness through the power of the Holy Ghost. It also includes multiple case studies that clearly show the benefits of obedience and how God interacts with His children on earth.

My spiritual convictions are strengthened by the miracle of the origin of the Book of Mormon. The book is remarkably complex. Its literary characteristics include:

What is even more impressive to me is that this content was not first written, but dictated as a word stream of nearly 7000 sentences that were so precisely constructed that none needed re-sequencing prior to publication.

Historical documents describe how Joseph Smith, a 23-year-old farmer, is the source of all the words. They also describe him without any remarkable cognitive, oratory, storytelling, rhetorical, or writing abilities. Joseph claimed the Book of Mormon came through the “gift and power of God.”

It is easy for me to see God was involved because of the huge gap in the literary skills required to produce such a lengthy complex text and the skills Joseph had developed by 1829. Latter-day Saints are promised that “signs follow those that believe” (D&C 63:9) and I see the creation of the Book of Mormon as such a sign, which strengthens my spiritual beliefs. It is a miraculous book for what it says and for how it was created. 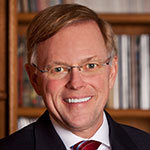 Brian C. Hales is the author or co-author of seven books dealing with plural marriage—most notably the three-volume, Joseph Smith’s Polygamy: History and Theology (Greg Kofford Books, 2013) He and his wife Laura are the current webmasters of JosephSmithsPolygamy.org. Presently, Brian is working on two book-length manuscripts dealing with Joseph Smith’s treasure seeking and the authorship of the Book of Mormon. He served a mission to Venezuela for The Church of Jesus Christ of Latter-day Saints and sang with the Mormon Tabernacle Choir for fourteen years. Brian is also past president of the Utah Medical Association (2013) and the John Whitmer Historical Association (2015).