I assume that most readers are members of the Church of Jesus Christ of Latter-day Saints (Mormons), but that a smaller group of readers may be scientists who are curious about the gospel of Jesus Christ as taught by this church, so I have written a two-part essay. The first section is directed mostly to Mormons. In this first section I discuss some of my beliefs and experiences as a scientist, but instead of using scientific writing, I will use the language of religious belief and testimony. The second section is directed towards non-Mormon scientists. In it I discuss the experiences that have led me to be a believer in Jesus Christ and in the Book of Mormon. I will try to use the language of science for this second section. I think this has been a fun exercise, and I hope you enjoy reading it.

I have a testimony of the principles of evolution as they apply to human genetics. In my medical practice as a molecular genetic pathologist I have the unique privilege of reviewing large stretches of DNA sequence from dozens of individuals every week. I look for mutations that may increase cancer risk and cause other specific disease syndromes. The underlying principles that I see in every sequence and that I use to understand the variation in these sequences are the principles of molecular evolution. One of the most powerful tools I use is comparison of nucleotide and amino acid conservation over several dozen species. This tool constantly reiterates that the human species fits into the tree of mammalian and vertebrate evolution. Other tools I use every day are databases of variants from the sequence of several thousand healthy individuals’ genomes. Analysis of these databases shows how human populations have changed through new genetic mutations as they have grown and migrated. I see mutations that have been around for thousands and tens of thousands of years and others that are as recent as the last few generations; each new mutation has apparently arisen at random. Because of these and other experiences analyzing human DNA sequences, I know without any doubt that the principles of molecular evolution apply to the human species, just as I know that they apply to every other living organism on the earth. I am a witness of human evolution.

Because of my experience with human molecular evolution, I reject the false doctrines of strict genetic determinism, social Darwinism, and eugenics. Genetic determinism is the belief that an individual’s character traits and, to a large extent, his or her fate are determined by genetics. There are strong genetic components to many physical and health traits, but from my experience and my understanding of current research most intellectual, emotional, and character traits have only minor genetic components. Family, friends, environment, and individual decisions seem to be much larger factors. Social Darwinism is the application of “survival of the fittest” to social interactions and policy, with the belief that people with power should press their advantages over the weak and the poor. I have seen that this philosophy is driven by subjective value judgments rather than science, and I can find no strong evidence to support the premise, attitudes, and policies of social Darwinism. Eugenics is the belief that human genetic experiments, such as controlled reproductive pairing or forced sterilization, should be practiced in humans to “improve” genetic traits in the population. Any eugenic practices or beliefs rely on strong, unscientific value judgments and huge assumptions about what “improvement” means and what will be important in the future. None of these beliefs is necessarily linked with the principles of evolution that I know to be true.

I choose to belong to a church led by prophets who have considered these principles, have acknowledged the possibility that scientific truth might be at odds with conventional Christian dogma, and have had the wisdom to leave science to scientists. I am grateful this church has a strong belief in ongoing revelation and is not necessarily wedded to literal readings of the biblical creation story that are based on millennia-old traditions. Evolution has been debated several times among leaders of my church; I believe this indicates that honest, thinking individuals lead the church.

Part 2: My Personal Experiment with Faith

Background: The Book of Mormon is a central text for the Church of Jesus Christ of Latter-day Saints. It claims to be a history of some of the ancient inhabitants somewhere in North or South America written by several self-described prophet-scribes on golden plates and miraculously translated by Joseph Smith. This is a fantastic story; however, multiple independent witnesses report seeing the golden plates and accompanying angel, and literary analysis shows the Book of Mormon to be a work of complexity consistent with its purported origins. Millions of believers subscribe to the tenets taught in the Book of Mormon. The golden plates have never been available for public viewing, but this lack of a purposeful display of objective evidence is internally consistent with the theology of the Church of Jesus Christ of Latter-day Saints. Many detractors have laid out conspiratorial arguments describing how Joseph Smith created the Book of Mormon, but the historical evidence supporting alternate narratives is tenuous.

Hypothesis: The teachings of the Book of Mormon about Jesus Christ and his gospel are true.

Methods: The methods used to test this hypothesis are not conventional to scientific reasoning because the major questions related to this hypothesis are historical and theological. There are no other historical records from the population described. Most or all of the archeological, genetic, and linguistic analyses appear to be biased one way or the other, with conclusions that are dependent on enormous assumptions. I used the methods suggested in multiple places by the text in question (Alma 32, Moroni 10:4-5). These were: 1) Reading the text. 2) Studying and analyzing the text. 3) Attempting actions suggested by the text in limited situations. 4) Asking God to give evidence of the truthfulness of the text.

Results: I read the Book of Mormon. As I read the Book of Mormon I examined the cosmological explanations and reasoning in the doctrinal explanations. Upon examination these explanations brought up many questions but seemed internally consistent in most aspects. The actions suggested by the text were consistent with the teachings of general Christianity. At several intervals in my reading I prayed, as suggested by the text, asking God if the principles the Book of Mormon teaches about Jesus Christ and his gospel are true. When I was about three fourths of the way through the book, I had a remarkable experience where I felt that my heart and mind were full of enlightenment and joy. The experience was similar to “Eureka” moments I have had making intellectual connections to understanding scientific principles, but much more powerful almost to the point of being overwhelming. As far as I can tell, the experience was not brought on by any existential crisis or any emotional trauma. The experience was pleasurable enough that if I knew how to recreate the same experience I would. The only immediate antecedent to the experience that I can recall was this nonvocalized thought: “If what this book says is real, it would mean I should probably make more substantial changes in my life.”

I have subsequently had several similar subjective revelatory experiences since the experience described above. These experiences have been unpredictable and impossible to systematically elicit; however, each experience has come at a time and place such that it has had the effect of reassuring me that the stated hypothesis is correct and that living by the principles outlined in the Book of Mormon and taught in the Church of Jesus Christ of Latter-day Saints can increase feelings of general happiness and fulfillment.

Discussion: There are substantial limitations to this study. The only objective evidence presented is the existence of the Book of Mormon. The methods described rely entirely on subjective feelings, impressions, and perceived changes in personal happiness. Although I have found personal evidence to support the hypothesis, I acknowledge that my evidence is entirely subjective. I would not expect my experience to motivate action from anyone other than myself. Additional studies would be necessary to come to any objective conclusions about the type of experience I have described. Randomized trials might determine if readers of the Book of Mormon consistently receive subjective responses to prayers and experience increased subjective happiness more often than nonreaders, but because of the polarizing nature of religious discussion, it might be impossible to identify a meaningful number of unbiased participants for such a study.

My religious faith parallels my faith in evolutionary principles; they are both beliefs based on study paired with longitudinal experience. I use my knowledge of evolution to help identify individuals who have increased cancer risk with the belief that this will lead them to take preventative measures that will make their lives better. I likewise try to follow Christian principles as taught in the Book of Mormon in hopes that this will help other people and improve their lives. As much as I love my work in molecular genetic pathology, I am confident that my part-time work in the Church of Jesus Christ Latter-day Saints has a greater positive effect on other people’s lives than my professional genetics work. My subjective spiritual experience combined with my observations about the benefits that many individuals gain from their faith and church experience are the reason I do not hesitate to encourage anyone who reads this testimony to undertake similar personal studies. 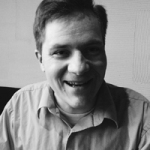 Brian Shirts, M.D., Ph.D., is an assistant professor in the Genetics and Informatics Divisions of the Department of Laboratory Medicine at the University of Washington. He completed medical school and also earned a Ph.D. in Human Genetics at the University of Pittsburgh. He completed residency training in clinical pathology and fellowship training in molecular genetics pathology at the University of Utah. His main clinical work consists of supervising informatics analysis of next-generation sequencing and clinical testing for hereditary cancer risk and genetic diseases. His research focuses on integrating complex genetics knowledge into clinical care including research on clinical classification of rare variants of uncertain significance and research on improving the use of complex clinical information for personalized healthcare.