“Theology is the science of communication, or of correspondence between God, angels, spirits, and men, by means of visions, dreams, interpretations, conversations, inspirations, or the spirit of prophecy and revelation.” – Parley P. Pratt, Key to the Science of Theology

Having been born of goodly parents who consistently chose the good part, I was taught from a young age about revelation, the power of prayer and fasting, and the reality of the Atonement of Christ. Great students of the scriptures, my parents inculcated in me many gospel principles and gospel teachings.

One of my earliest memories is consciousness of a Heavenly Father with whom I could communicate. The possibility of dialog with God has been a constant presence in my life. I have heard his voice from time to time speaking to me through the Holy Scriptures, and on other occasions He has whispered to my soul about things I should do or not do.

When I was about thirteen or fourteen I began to pray about the Book of Mormon and the prophet Joseph Smith. During this time I consistently read and re-read the Book of Mormon, but I never had a witness through prayer that the book was true. I sincerely wanted a witness for myself that these things were true, but I wanted it for the asking. Nearly five years of indifferent asking passed, and still nothing.

When I moved away to college at the University of Wyoming I found myself living in a dorm room alone. The loneliness of that first week cannot be exaggerated, but I was fortunate to meet Ryan Carrington, who would become my friend and roommate, my second Sunday at church. Through the next year we would study, discuss, and pray together in anticipation of serving missions for the church.

Soon I made other friends through church. These friends were very helpful to me because, during my freshman year of college, in the quick succession of one month after another after another, my brother, aunt, and grandmother died. Each of these deaths felt like a giant wound, but in each case I found comfort through the Book of Mormon. I knew that God knew me, but still I did not connect this to a testimony of the restored gospel. I wanted Moroni’s promise fulfilled for me. I wanted an answer to prayer.

In the early months of 1994, in room 614, McIntyre Hall, on the campus of the University of Wyoming, the answer came. For the first time, my asking was different. In this prayer I called upon God for a witness that the Book of Mormon was true and that Joseph Smith was a prophet of God—as had done before—but the difference this time was a strong intention to abide by the answer—whatever it might be. All the earlier attempts had been a mere asking—this time I knocked with every intention of going through the door, if it was opened, or of walking away, if it wasn’t. This time was more like Abraham, for I was not only asking but arguing, claiming that I no longer wanted to know for curiosity’s sake, but because I intended to live it until I die. And the witness came. It was an overwhelming feeling in my heart that God loved me, had restored his church through Joseph Smith, and had given the Book of Mormon, and that what I had been taught by my parents was true.

On occasions too many to count since then I have been troubled by questions about my faith or my life that have led to prayer, study, and more prayer, study, and fasting. In every instance, my mind has been satisfied with what I have discovered. Understanding the things of God depends in equal parts on faith and knowledge—a testimony grows organically, with the proper nourishment and care. Without that, it withers and dies, like a vine without water, sunlight, and soil.

A testimony grows line upon line, precept upon precept, from grace to grace, until we receive a fulness—or not at all (D&C 93: 11-18). Until we receive a fulness—sometimes feels like an interminably long time. In the meantime, we may content ourselves with considering new perspectives on and trying to understand and practice the lines and precepts we’ve been given—even if they seem or feel like too little, or too late. A true dialog must always be open to new turns.

Like Nephi, I do not know the meaning of all things, but I know that God loves his children (1 Nephi 11:17). I have every confidence that one can get nearer to God by reading the Book of Mormon. I know that fasting is a divine principle that opens lines of communication between God and man. I know priesthood power can heal. I know God lives and prepared an infinite and eternal sacrifice to save us from our sins through our faith in the Lord Jesus Christ. I know the Lord can speak to us through the power of the Holy Ghost.

All of these things I knew before I had even the slightest pretense of being, or, some might say, posing as, a scholar. In the years since, while trying to make my way as a scholar and teacher of rhetoric I have not encountered good arguments for leaving my faith behind. Instead, I consistently encounter new knowledge, perspectives, and understanding that increase my faith and my awareness of being in the world. Likewise my faith has consistently benefited my scholarship and informed my understanding of the world. 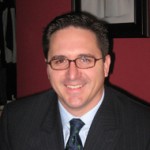 David Charles Gore is Assistant Professor in the Department of Communication at the University of Minnesota Duluth. He is the son of Douglas Allen Gore and Margaret Christine Larsen (née). He was raised in Aurora, Colorado, where he graduated from Smoky Hill High School. In the fall of 1993 he attended the University of Wyoming on a swimming scholarship. From 13 July 1994 to 17 July 1996, he served for The Church of Jesus Christ of Latter-day Saints in the England Manchester Mission. He has a Bachelor’s of Science from the University of Wyoming in Communications and Mass Media. He twice graduated from Texas A&M University, with an M.A. and Ph.D. in Rhetoric and Public Affairs. His research interests are in the Scottish Enlightenment, including the moral philosopher and political economist Adam Smith, as well as Mormon Studies. On 1 March 1997 he was sealed to Kathy Ann Foti, R.Ph., in the San Diego Temple. They are the parents of four daughters and one son.