With the kind permission of his widow, JoAn Bitton, we include, posthumously, something of the testimony of Professor Davis Bitton, an eminent Latter-day Saint historian and a dear friend to many. We are confident that he would have wished to contribute to this “Mormon Scholars Testify” Website.

In 1992, Dr. Bitton circulated this testimony of the Book of Mormon:

The thing that impresses me especially in going through the Book of Mormon this year is its relevance to our times. True, it was read with appreciation by the early converts in the 1830s, who must have found a message for themselves, and by every generation since then. But I find it hard to believe that it has ever spoken more directly to a situation than it does to our own.

Secularism has continued to advance. Religion is a taboo subject in the schools. The airwaves and movies are filled with a message of moral relativism: nothing is really good or bad, and we are out of bounds in judging the behavior or motives or others. Condoms distributed in classrooms. Switchblades and even guns showing up in the possession of even junior high school students. Drugs and sexual license rampant—in the inner cities especially, but also among the yuppies, and tolerated and found to be amusing by the media elite. Concern about moral decline is not new, of course, but never before have converging influences been so powerful and destructive.

The Book of Mormon lets us know what happens when a society loses its moorings, when the primary desires of people are for gain, when anything goes. It is a grim picture, this repeated description of those who persist in living “without God and Christ in the world.”

But of course the Book of Mormon holds out to us “a more excellent way.” Follow the Master, keep the commandments, meet together oft, pray always, have faith, hope, and charity, come unto Christ and be perfected in him—this wonderful gospel message comes across to all who have ears to hear. How grateful we must be if we are among those who still have the capacity to be touched and inspired by this glorious “voice from the dust”!

Davis Bitton passed away on Friday, 13 April 2007. The obituary that appeared in the Deseret Morning News on the following day, prepared by Professor Bitton himself roughly a decade before his passing, captured much about the man:

R. Davis Bitton 1930–2007. I, Ronald Davis Bitton, have moved on to the next stage of existence. As you read this, I am having a ball rejoining my parents and grandparents, uncles, aunts, cousins, and dear friends and associates I knew on earth. I am wide awake, no longer struggling with the narcolepsy that handicapped but did not defeat me, and cheerfully taking in the new state of affairs and accepting the callings that will occupy me there. It has been an abundant life. Growing up in Blackfoot, Idaho, where I was born on 22 February 1930, and on a farm in nearby Groveland, I never felt one moment of familial insecurity. My parents, Ronald Wayne and Lola Davis Bitton, loved me and did everything they could to see that I had opportunities, including piano lessons from age six. I learned to work in the house, in the yard, on the farm, and in local retail stores. I learned to write as a reporter for the Daily Bulletin. I remember enjoying a trip to the San Francisco world’s fair, fishing and hunting trips, scouting camps, and community concerts. I had great friends and was elected to several student offices. I learned to compete in softball and basketball. I joined a crack high school debating team. As a student at Brigham Young University, missionary in France, enlisted man in the U.S. Army, and graduate student at Princeton University, I felt myself growing in understanding. I went on to be a professor of history at the University of Texas at Austin, the University of California at Santa Barbara, and, for 29 years, the University of Utah, enjoying many congenial students and colleagues. I have presented papers at scholarly conventions and published articles and books. I have loved good food, good books, the out of doors, music, art, the dappled things. A nurturing home throughout my life has been the Church of Jesus Christ of Latter-day Saints. Bishops, stake presidents, teachers, mission presidents, and general authorities I have known have been people I could admire and follow. My own opportunities to serve have been numerous, starting at a very young age and including elders quorum president, counselor in a bishopric, member of the stake high council, and gospel doctrine teacher for many years. From 1972 to 1982 I served as assistant church historian. I have loved the hymns, the scriptures, the temple. I am grateful for Aunt Vilate Thiele, my mother’s sister, a steady friend; my other uncles and aunts on both sides; my brother John Boyd Bitton; my sisters Marilyn Bitton Lambson and Elaine Bitton Benson; wonderful nephews and nieces; children Ronald Bitton, Kelly Bitton Burdge, Timothy Bitton, Jill Cochran, Stephanie Ross, Debbie Callahan, Larry Morris, Judy Nauta, Earl Morris, Delbert Morris; their spouses; and 56 grandchildren and great-grandchildren, all of whom are to me a delight. Having learned the value of loyalty, I appreciated the affection and interest of my family as well as cherished friends. No one has been more important to me than my dear wife and companion JoAn, a woman loved by all who knew her. She rallied to my side, stood by me through thick and thin, grew with me, laughed with me, made good things happen, and, marvel of marvels, agreed to be my companion through time and all eternity. I have not lived a perfect life, but I have tried. And I know in whom I have trusted. 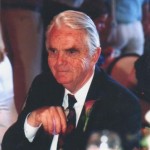 At the time of his death, Davis Bitton (Ph.D., Princeton University) was an emeritus professor of history at the University of Utah. He was a scholar of European history, having written, among other things, The French Nobility in Crisis, 1560–1640 (Stanford: Stanford University Press, 1969). But he was also deeply committed to the study of Mormon history, and, in addition to his duties at the University of Utah, served as assistant historian of the Church of Jesus Christ of Latter-day Saints and helped to found the Mormon History Association (MHA). He delivered numerous academic papers at the Association’s annual meetings and served as its president from 1971 to 1972. Author of a large number of articles, essays, and books, he won the MHA’s 1975 Best Article Award for “The Ritualization of Mormon History” (Utah Historical Quarterly 43/1 [1975]: 67–85) and “The Making of a Community: Blackfoot, Idaho, 1878 to 1910” (Idaho Yesterdays 19/1 [1975]: 2–17). He took the MHA’s 1977 Best Bibliography Award home for his Guide to Mormon Diaries and Autobiographies (Provo, UT: Brigham Young University Press, 1977). With Leonard J. Arrington, he wrote The Mormon Experience: A History of the Latter-day Saints (New York: Alfred A. Knopf, 1979). In 1999, he received the Association’s Best Book Award for George Q. Cannon: A Biography (Salt Lake City: Deseret Book, 1999). Particularly relevant to readers of this Website might be his essay “I Don’t Have a Testimony of the History of the Church,” FARMS Review 16/2 (2004): 337–54, and his editing of Mormons, Scripture, and the Ancient World: Studies in Honor of John L. Sorenson (Provo, UT: FARMS, 1998). Professor Bitton was notable for a remarkable wit, on display in such items as his critical review, late in his life, of something he had published as a newly-minted Ph.D decades before: Compare Davis Bitton, “Anti-Intellectualism in Mormon History,” Dialogue 1/3 (1966): 111–34, and “Mormon Anti-Intellectualism: A Reply,” FARMS Review 13/2 (2001): 59–62. An accomplished musician, he took first place in the Idaho state piano competition when he was a senior at Blackfoot High School and, commencing in 1954, studied piano in Paris for at least a year.