In my case “a testimony” was not something I had to acquire at a given moment as a response to “doubts.” As far as I can recall, there was never a time from my earliest years growing up in Smithfield, a village in northern Utah, that I did not have an assurance that the gospel I was taught was from God and that the Church of Jesus Christ of Latter-day Saints was the result of divine intervention in the life of Joseph Smith, Jr. The entire story of the restoration and the message of its teachings seemed to me to be eminently sensible.

This feeling might seem strange given the fact that neither of my parents were gung-ho Latter-day Saints. Neither had more than a few years of schooling in growing up in the Bear Lake country of Utah in the later nineteenth century under frontier conditions. Only marginally literate, they found it difficult to “be active” in the Church, yet they were basically believers throughout their poverty-stricken lives.

I was the last of their six children, but so late in the sequence that I had little association with my siblings. Yet I had the advantage of some kindly neighbors, good friends, and helpful Church leaders, so that my home congregation had about it a genuinely warm feeling. I enjoyed Church participation even though my parents were only rarely involved.

We children realized early that our only chance to “get ahead” was through education; we excelled in school and attended college at the Utah State Agricultural College (now Utah State University) at nearby Logan. My turn (I enrolled in electrical engineering like my two brothers before me) came just three months before Pearl Harbor. I soon started Army Air Corps training as a weather forecaster (at the University of New Mexico and the California Institute of Technology), then served in Brazil, and left the service in 1946 as a First Lieutenant at the age of 22.

I was “moved upon” at that point to serve as a missionary for the Church, like thousands of other ex-servicemen. Assigned to New Zealand, I was sent to the island of Rarotonga as one of the first two American missionaries in the Cook Islands. Associations there with wonderfully warm people and unique opportunities for service influenced my subsequent years for good.

Years of schooling (at Brigham Young University, including a season as an archaeologist in Mexico, and UCLA) followed while my eight sons were born and grew. While finishing a Ph.D. in anthropology I began the first formal teaching in that field at BYU. Later I was employed as head social scientist at a “think tank” in Santa Barbara, California, for five years, but returned to BYU for eight years as head of the anthropology program before retiring in 1986.

Throughout this varied career I have been faced with no issues that have called into question the assurance I have had since childhood that the Church of Jesus Christ of Latter-day Saints is the divinely-originated institution its adherents claim it is. This is simply not a matter of argument for me. The truth of the matter has been affirmed to me in spiritual manifestations countless times. I have taught lesson material in Church contexts for 65 years; the material is basically True, although some of us teachers have not always grasped or phrased its Truth as clearly as we might have done.

I have also studied the Mormon people at length as an anthropologist, first for my doctoral dissertation (“Industrial and Social Change: A Controlled Comparison of Two Utah Communities,” 1961), and later in many varied contexts, as well as teaching courses and publishing quite extensively on “the Mormon people.” Nothing I have learned in that research has persuaded me that they are other than struggling but devoted believers who are trying to perfect themselves as “Saints.”

In one particular area of study I am in a position to offer unique testimony. I have been concerned for sixty years with the topic of the Book of Mormon in relation to the scientific/scholarly picture of ancient America. As a result, I say that the Book of Mormon is an ancient Mesoamerican record, derived ultimately from a native book written in the fourth and fifth centuries AD. More than four hundred elements of the book’s text are written in a manner and display content that cannot be accounted for except by supposing its Mesoamerican origin. Of all the theories of origin for the Book, the only acceptable explanation for how it came to be published in English in 1830 is that offered by Joseph Smith, puzzling though the details may be. No nineteenth-century person could have known enough about ancient Mesoamerican civilization to account for the depth and breadth of the “Mesoamericanisms” the scripture contains. I have documented this position by reference to an extensive archaeological literature. Details are presented in several books, including An Ancient American Setting for the Book of Mormon (Deseret Book, 1985), Images of Ancient America: Visualizing Book of Mormon Life (Research Press/FARMS, 1998), and Mormon’s Codex: An Ancient American Book (in press, 2010).

I knew of the authenticity of the Book of Mormon from the manifestations of the Holy Spirit to me throughout my life as an active Church participant and leader, to which I add my “scholarly testimony.” My years of study of the archaeology of Mesoamerica, in the field, of endless pages of relevant scholarly writings, and of critical consideration of the book itself have affirmed that it is authentically ancient and deserves careful consideration as a truthful record.

I have lived my life of eighty-five years according to the precepts of the gospel of Jesus Christ as taught in the Book of Mormon and by the Church of Jesus Christ of Latter-day Saints. I have served for many years in callings in the Church (including as a bishop and four times as a missionary) in the conviction that I have been doing the will of the Lord. I would not have lived such a life nor invested to such a degree without the conviction that I was acting according to the truth. I now assert it once more. 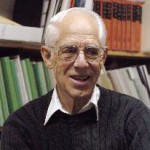 John L. Sorenson was born in 1924 in Smithfield, Utah, where he grew up. After attending Utah State Agricultural College (now Utah State University), he enlisted in the Army Air Corps, where he was trained (at the California Institute of Technology) as a meteorologist and served in the South Atlantic theater of operations.

He married Kathryn Richards of Magna, Utah, in November 1946, after which he served as an LDS missionary from 1947 to 1949 in New Zealand and the Cook Islands. On his return to Utah, he, his wife, and their young son moved to Provo, where he attended Brigham Young University (BYU). He received a master’s degree in archaeology in 1952 (alongside a master’s in meteorology from Caltech). In 1953, he worked as an archaeologist in southern Mexico with the New World Archaeological Foundation before becoming an instructor in archaeology at BYU. He received his Ph.D. in anthropology from UCLA in 1962.

Dr. Sorenson originated the anthropology program at BYU in 1958. From 1964 to 1969, he was head of social sciences at General Research Corporation, doing research as an applied anthropologist. Returning to Provo, he founded Bonneville Research Corporation, a subsidiary of General Research, and then, in 1971, rejoined the BYU faculty as a professor of anthropology. Altogether, he headed the anthropology program at BYU for 14 years, retiring in 1986 after suffering a heart attack.

From 1986 to 2008, he did fulltime research and writing on ancient American civilization and the Book of Mormon in connection with the Foundation for Ancient Research and Mormon Studies (FARMS). He was closely involved with FARMS for 28 years, including nearly five as editor of the Journal of Book of Mormon Studies. He has published some 200 books and articles, including An Ancient American Setting for the Book of Mormon (1985), Transoceanic Culture Contacts between the Old and New Worlds in Pre-Columbian Times: A Comprehensive Annotated Bibliography (with Martin Raish, 1988), Images of Ancient America: Visualizing Book of Mormon Life (1998), Mormon’s Map (2000), and World Trade and Biological Exchanges before 1492 (with Carl L. Johannessen, 2004).

He has served as a teacher in the Church of Jesus Christ of Latter-day Saints for more than fifty years and has also held leadership positions (e.g., as a high councilman and bishop). He was married to Kathryn Richards for 44 years, until her death in 1991. For 16 years, he has been married to Helen Lance Christianson. They are the parents of 18 children and grandparents of 58, with eight great-grandchildren.