I grew up in a Latter-day Saint home in southern California, where at an early age with the help of kind parents I cultivated love for Jesus Christ and for the Scriptures. I read the Bible as a child and through prayer I came to an understanding of God as a loving Heavenly Father, whom I could trust and go to in times and fear and difficulty and find peace. I felt then and I am now certain that God heard me and comforted me. Those early experiences were a touchstone against which I have subsequently measured experiences. My faith in God has provided meaning and direction to me life. My faith, or what I today call my testimony, did not arise from any one experience alone, but has grown out of and been nurtured by a series of personally significant “recognitions” or “realizations” of that same influence in my life which early in my life brought me joy and peace. These have brought me greater understanding and thereby strengthened my faith in Jesus Christ. One of these came to me when I first read the Book of Mormon through and asked God if it was true. While spending two years serving as a missionary in Argentina, I found among my most joyous experiences were those instances when others were able to recognize that same divine influence for themselves.

I have subsequently studied the life of the Prophet Joseph Smith and the history of the Church of Jesus Christ all of my adult life. As I have done so I have developed a deep appreciation for what Joseph did and what it cost him and those who followed him. I believe he was a mighty Prophet of God. I do not believe he was perfect person, but I am confident that he was what exactly what he claimed to be. More than Joseph, I am profoundly impressed by the revelations he brought forth, including especially the Book of Mormon. Joseph Smith’s account of its remarkable origin is, in my view, much more plausible and consonant with the historical data than any of the several counter-explanations that have been offered by his critics. On an intellectual level I cannot explain it away. On another and more fundamental level, Joseph Smith’s story simply rings true to me.

I have made and continue to make the Book of Mormon an object of lifelong study and have found this to be tremendously fulfilling. It has been a useful guide to me in my life and has given me comfort in challenging times. Its teachings, when followed, have always brought me hope and light. I have found the Lord’s promise true that those who genuinely “believeth these things which I have spoken, him will I visit with the manifestations of my Spirit, and he shall know and bear record. For because of my Spirit he shall know that these things are true; for it persuadeth men to do good” (Ether 4:11). 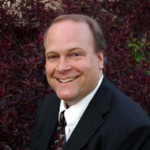 Matthew Roper is currently a Research Scholar at the Neal A. Maxwell Institute for Religious Scholarship at Brigham Young University. He received a B.A. in History and a M.A. in Sociology from Brigham Young University. He has published numerous articles and review essays on issues relating to Latter-day Saint history and Scripture. He is the husband of Julie Roper. They are the parents of five children.