Upon the death of Joseph Smith, questions arose regarding who should lead the Church. Sidney Rigdon claimed that he should be the leader and split off from the main body of members, forming a church that became known originally as the “Church of Christ”, and at one point as the Church of Jesus Christ of the Children of Zion. This sect is often referred to as the Rigdonites. As Ridgon left the Church, this naturally led to skepticism about the origin of the Book of Mormon by members of Rigdon’s own family. Near the end of Sidney’s life, his son John did his own investigation of the origin of the Book of Mormon and then recorded:

My father, after I had finished saying what I have repeated above, looked at me a moment, raised his hand above his head and slowly said, with tears glistening in his eyes: “My son, I can swear before high heaven that what I have told you about the origin of [the Book of Mormon] is true. Your mother and sister, Mrs. Athalia Robinson, were present when that book was handed to me in Mentor, Ohio, and all I ever knew about the origin of [the Book of Mormon] was what Parley P. Pratt, Oliver Cowdery, Joseph Smith and the witnesses who claimed they saw the plates have told me, and in all of my intimacy with Joseph Smith he never told me but one story, and that was that he found it engraved upon gold plates in a hill near Palmyra, New York, and that an angel had appeared to him and directed him where to find it; and I have never, to you or to anyone else, told but the one story. 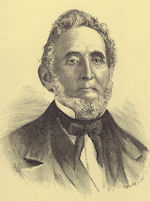 Sidney Rigdon was born on February 19, 1793, near Pittsburgh, Pennsylvania. In 1817, while caring for his widowed mother, Rigdon joined a church and within a year had became qualified as a licensed preacher of the Regular Baptists. He then moved to eastern Ohio to preach and learn more. In 1820, Rigdon married Phebe Brooks and was ordained as a Baptist minister. He was a successful preacher, and his congregation soon became one of the largest in Pittsburgh. Rigdon, however, was constantly looking for the pure church of Christ as described in the New Testament. In 1830, in Kirtland, Rigdon set up a Church that was looking for the restoration of Christ’s Church. His Church was at first associated with the Campbellite movement, which sought to bring back New Testament Christianity.

In October of 1830, missionaries from the Church visited Rigdon while traveling through northern Ohio. After two weeks of studying about the Church and reading the Book of Mormon, Rigdon announced that he believed the Church was true. In November, he was baptized and ordained an Elder in the Church. More than a hundred members of his congregation also converted. Ultimately, nearly 3,000 Campbellites would join the Mormon Church. Almost immediately after joining the Church, Rigdon left for New York in order to meet Joseph Smith. He soon began working as a scribe for Joseph Smith for the translation of the Bible and for parts of the Book of Moses in the Pearl of Great Price.

When the chirch relocated to Kirtland, Rigdon assumed a greater role. He was present for many important revelations, including the vision of the three degrees of glory. Because of his prominence, in March of 1832, he and Joseph Smith were dragged from their homes, beaten, and tarred and feathered. Rigdon received a severe head injury, from which he never fully recovered.

After the Mormons moved to Missouri (1838) and then to Nauvoo, Ill. (1839), Rigdon became estranged from Smith. When Smith was murdered (1844), however, Rigdon attempted to become head of the church and tried to set up a separate leadership. It was for this that Rigdon was excommunicated in September 1844. Rigdon left Nauvoo and moved to Pennsylvania, where he established his own church, often called the Rigdonites, which was comprised of other dissident Mormons who opposed polygamy and other doctrines. The Church eventually collapsed, and members formed their own churches. Rigdon moved to Friendship, New York, where he spent the rest of his life living off the charity of his relatives until he died July 14, 1876.