Steve Densley
Before becoming a scribe for Joseph Smith and before being visited by the angel Moroni and seeing the plates himself, Martin Harris prayed to know if the work in which Joseph Smith was engaged was of God. He said:

I left Mr. Smith’s about eleven o’clock and went home. I retired to my bedroom and prayed God to show me concerning these things, and I covenanted that if it was his work and he would show me so, I would put forth my best ability to bring it before the world. He then showed me that it was his work, and that it was designed to bring in the fullness of his gospel to the gentiles to fulfill his word, that the first shall be last and the last first. He showed this to me by the still small voice spoken in the soul. Then I was satisfied that it was the Lord’s work, and I was under a covenant to bring it forth.

I hope one day to see an angel holding the golden plates. But until then, I am satisfied with my experience, which is very much like that which is described here by Martin Harris. I have learned “by the still small voice spoken in the soul” that the Book of Mormon is the word of God. As a young boy, I prayed to know if the Book of Mormon was true, and I became convinced that it is through the power of the Holy Ghost.

That calm assurance of the divine nature of the book has been repeatedly confirmed in my mind and heart as I have continued to read from its pages, to study what scholars have learned about it, and as I have heard the testimony of others about how it has changed their lives. I am regularly surprised at what scholars find within its pages. The book has been with us for nearly 200 years. Rather than becoming less credible with time, continued scrutiny of the story of its coming forth, and close analysis of the text itself, along with archeological evidence, have only caused the book to gain greater weight and credibility, not less. I am confident that the book relates the history of real people who lived in the western hemisphere thousands of years ago and that their story was recorded by prophets who had our needs in mind when they recorded the events of their times.

Beyond what might be called secular pieces of evidence, I continue to be convinced of the divine nature of the book in a way that is similar to the way in which Hyrum Smith was taught that he would be able to identify the truth. The words of the Book of Mormon “leadeth to do good–yea, to do justly, to walk humbly, to judge righteously.” Its words “enlighten [my] mind, [and] fill [my] soul with joy.” (Compare with D&C 11:12-13.)

In short, there is nothing more important to me than that I progress toward becoming more like Christ. And there is no book that has motivated me more toward this end or taught me more about how to reach this goal than the Book of Mormon. 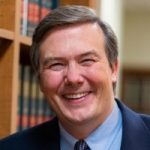 Steve Densley, Jr. is a Utah attorney and graduated with University Honors from Brigham Young University with a combined Bachelor’s and Master’s degree in Public Policy and Political Science. As an undergraduate, he was an assistant editor on the Pi Sigma Alpha Review. He received his law degree from Brigham Young University, where he was a member of the Law Review and the National Moot Court team. He has published articles in the Utah Bar Journal, the Journal of Law and Family Studies, Interpreter: A Journal of Latter-day Saint Faith and Scripture and Meridian Magazine. He has been recognized in SuperLawyers Magazine as one of the Mountain States Rising Stars and has been listed numerous times in Utah Business Magazine as among the Utah Legal Elite. He was the executive vice-president of FairMormon from 2013–15, recipient of the John Taylor Defender of the Faith Award, and was a producer of FairMormon’s podcast when it twice won the People’s Choice Award for Best Podcast in the Religion & Spirituality category. He has served on Utah’s Privatization Policy Board and has authored various changes to the Utah Rules of Civil Procedure and Utah Code. He is on the executive board of the Interpreter Foundation, a host of The Interpreter Radio Show, and has served on the boards of the Sutherland Institute and the Academy for Temple Studies. He has served in the bishopric, high council, as the stake executive secretary, elders quorum president, young men’s president and as a gospel doctrine teacher. He has appeared on CNN, C-Span, BBC Radio, KUTV, KTVX, KSL Radio, KTKK Radio, and Swiss TV.