Susan Easton Black
“Tell me a story,” I asked my Grandmother as a child. Though I wanted to hear of Cinderella, Snow White, or Sleeping Beauty, she would say, “Susan, I can only tell you stories that are true. If you want to hear truth I have something to say.” Not wanting to sleep, I listened to stories of Jesus, the Prophet Joseph Smith, the Book of Mormon, and those whose sacrifices created our legacy of faith.

Though I believed in the truthfulness of Grandmother’s stories, there was one that caused me discomfort. It was of a young pioneer girl named Sarah Ann who was in danger of being trampled by stampeding buffaloes. In this perilous situation she knelt down and prayed for protection. “In answer to her prayer,” said my Grandmother, “Sarah Ann was unharmed, even though buffalo stampeded around her.” Instead of marveling with wonder at the miracle, I said, “That’s impossible!” Grandmother countered, “It is not impossible to those who have faith. Susan, Sarah Ann had faith and you don’t.”

Such forthrightness caused me to ponder, then and now. I attended Church, paid tithing, and said my prayers, but the essence of faith, the substance of “things which are hoped for and not seen” had eluded me (Ether 12:6). As the years passed my outward demeanor mirrored faith, but my inner faith was lacking. I rationalized faithful events as good fortune, favorable circumstances, and just being “plain lucky.” The faith that Grandma talked of was slow in coming my way.

In my freshman year at Brigham Young University, a girlfriend and I spent the weekend in Salt Lake City. While sitting with suitcases in-hand at Temple Square, my friend casually remarked, “The President of the Church, David O. McKay, lives just across the street in the Hotel Utah.” Her continual nods of assurance coupled with my curiosity led us to the hotel. Speaking with the bellboy and hotel manager about where the famous resident lived was frustrating. Their refusal to disclose his whereabouts, punctuated with security implications, fell on deaf ears. We left them, determined to answer the question, “If I were a prophet of God, behind which hotel door would I choose to live?”

After hours of knocking on doors and greeting blank stares from grumpy hotel guests, we staked out three floors. An innocent chambermaid revealed the answer. Our enthusiasm was boundless until we decided to see if David O. McKay was home. Being the smaller of the two, I was designated to knock on his door.

As I walked toward the door I felt reticent; yet, as my feet faltered and heart pounded, my friend pushed me forward. It wasn’t until I reached the door and was knocking that my friend ran like a flash of lightning to the far end of the hall. I was just turning to run when the door opened and there stood the prophet. He looked surprised but didn’t say anything. Neither did I; I couldn’t. I felt like I had a key to the celestial kingdom but did not belong—I was not worthy to be in his presence. I started to cry. He took me by the hand and said, “Won’t you come in?” I waved to my friend down the hall and entered the prophet’s home. Our discussion remains personal, but the resulting impact changed my inner direction dramatically. I resolved as never before not to just mirror faith but to know of faith, to be faithful like Sarah Ann so I would be worthy to again see a prophet, my Savior, and my Father in Heaven.

Oh that I could say I had always lived up to that resolve. I echo Nephi of old: “My heart sorroweth because of my flesh; my soul grieveth because of mine iniquities. I am encompassed about, because of the temptations and the sins which do so easily beset me. And when I desire to rejoice, my heart groaneth because of my sins” (2 Nephi 4:17-19).

To strengthen my resolve, I consciously determined to study in depth the scriptures, doctrinal discourses, early Church records and histories, and biographies of the righteous. I can say with Parley P. Pratt, “I [have] always loved a book. If I worked hard, a book was in my hand in the morning . . . A book at evening . . . a book at every leisure moment of my life.” After decades of reading and reading and reading more, I learned, “If ye will awake and arouse your faculties, even to an experiment upon my words, and exercise a particle of faith . . . let this desire work in you” (Alma 32:27). That inner working has led to a knowledge of truths about faith and the message of the Restoration.

I stand amazed at the resolve of early Latter-day Saints to cling tenaciously to their faith when faced with the Extermination Order, Hawn’s Mill Massacre, and prospects of war. To me, their faithful resolve echoes the words of Joshua: “As for me and my house, we will serve the Lord” (Joshua 24:15). The names and stories of those who remained faithful and endured in righteousness are not lost. They are told and retold by thankful posterity from generation to generation.

As I have read and read these stories of faith, I have concluded the early Saints did not approach the gospel feast as a smorgasbord, offering a nibble here, a bite there, a taste, a smell, or even a desire to change the recipe. They accepted the gospel harvest as a feast of thanksgiving and embraced the truth as they came unto Christ and partook. Through faith, they found the path to eternal life and clung to the rod of iron when trials tested their integrity and tenacity. For them, their faith increased to knowledge until they knew in whom they trusted: they knew their Redeemer lived (see Job 19:25).

Their trials of life are obviously different from mine, but my internal resolve must be comparable to theirs. May I forever be grateful to my Father in Heaven for the gospel in its fulness and for the opportunity to read preserved records. May I endure in righteousness as I nurture my faith and strengthen my resolve to commit myself to a Christlike life like that of pioneer, Sarah Ann. 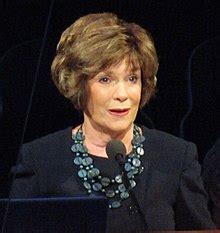 Susan Easton Black is an emeritus professor of Church History and Doctrine at Brigham Young University. She is also past associate dean of General Education and Honors and director of Church History in the Religious Studies Center. Dr. Black was the first woman to teach religion at BYU and the first woman to receive the Karl G. Maeser Distinguished Faculty Lecturer Award for her research and writing, the highest award given a professor at BYU. She has authored, edited, and compiled more than 100 books and 250 articles, including several books related to Joseph Smith Jr. and the early history of The Church of Jesus Christ of Latter-day Saints. She has served two missions for the Historic Sites Department, a mission as a psychologist for LDS Social Services, a mission to the Nauvoo Illinois Temple, and a mission in the St. George Temple Visitors’ Center.