I grew up mainly in Maryland. My mother was a Christian Scientist and my dad an inactive Presbyterian, so my brother and I were brought up in the Christian Science faith. No two faiths in Christianity could be more different than Christian Science and that of the LDS Church. As an undergraduate student at Utah State University, I had serious questions about the faith of my youth, even though I had seen healing and other positive results of that faith. Unable to resolve the conflicts and questions about the basic principles of that religion, I had my name removed from the rolls of that church. That loss of faith left me very unsettled religiously.

As a college senior, I met Ann, a thoughtful, attractive, young woman student. Two years later we were married and moved to the state of Wisconsin for my graduate studies. Ann was a life-long and active member of the LDS Church. Ann’s parents were disappointed that she married a nonmember. She had faith that I would join the Church. Ann, knowing that I was deeply involved in scientific research, began to gently introduce me to evidences for the Book of Mormon. These were mainly articles in FARMS and books such as Lehi in the Desert. I read them willingly, and would say, “Hmmmmm. That’s interesting.” But nothing changed outwardly. That process went on for many years.

I developed an early appreciation for the LDS Church and had no resistance to Ann’s activity nor to raising our two daughters in the Church, which helped them navigate through childhood and adolescence. Ann continued to pass along evidences of the Book of Mormon to me. But I remained doubtful about faith as a basis for belief and commitment, having lost mine and seen some very different faiths in operation among my friends. I had not experienced that spontaneous, overwhelming feeling that the Book and the Church were true. Several years earlier, a friend of mine, who had not been particularly religious, knew the Church was true when he saw two missionaries approaching his house, and when they came in the door, he was ready to receive the lesions and be baptized before they even taught him. Our foster son, a Catholic from Colombia, just knew that the Church was true when it was first explained to him. I expected to experience similar feelings, but they never came.

Ann continued to pass along articles on evidence for the Book of Mormon and discuss them with me. Little by little, I began to see that the Book of Mormon might be true. Finally, she passed along an article on word print analysis of the Book of Mormon that provided strong evidence of multiple authorship of the Book. That meant that Joseph Smith, Jr. wasn’t a genius who just made it up. With that, I decided that I needed to discuss this with a friend of mine. He was a distinguished biological scientist who had been an active Church member all his life. He agreed to meet with me, and brought along two missionaries. I had had missionary lessons before, but they did not connect with me. The missionaries were unable to make one of the appointments with me, but my friend came. I mentioned that I had not experienced those feelings that my friend and foster son had received that convinced them that the Church was true. He said something important—there are many ways to achieve a testimony of the truthfulness of the Gospel and the Church. I should not expect to have the same experiences that others, like my friend and foster son, have had. An intellectual path can also lead to faith and a testimony. The key point is that all paths end up at the same point, with a conviction that the Book of Mormon and the Church are true. One could be both a good biological scientist and an active LDS member.

I think that there is a useful lesson for missionaries coming out of my experience. I had received missionary lessons before. Forty years before, a couple of sister missionaries met with me. I asked them to set aside their flannel boards and routine approach and just tell me about the Church, what they believed in and why they believed it. They handled the challenge well and we had begun to make progress when they were transferred to another area. The two elders who replaced them just couldn’t handle discussions done that way and we didn’t make any progress. Forty-three years later, my scientist friend was able to provide an explanation that cleared away my doubts about faith and the many ways to achieve it, and I was baptized nine years ago. The lesson for missionaries is this: My impression is that, forty years ago, the missionaries were not as well trained as those coming out of the MTC today. Although better trained today, it is still necessary to adapt the message to the investigator’s background, interests, and values. A single approach does not fit all, so missionaries must become perceptive enough to know what will connect with investigators and what will not.

There are two other messages for all of us coming from my conversion story. First, Ann’s steadfast commitment to the Church and dedication to her callings were a constant, good example for me, and showed me that she truly believed in the Church and its teachings and acted on that. People within our families and outside them will judge the validity of the Church by our own actions and examples. Like it or not, we are all daily missionaries, and our actions will speak louder than any words we say. Second, from the beginning of our marriage, Ann prayed constantly that I would come to the conclusion that the Church was true and join. And I finally did, but it took a long time. The message is that prayers are answered, but not necessarily as quickly as we would like. True, she would have preferred that my conversion would have come in forty-three months rather than forty-three years, but it came in the Lord’s time, not hers. We are grateful that her prayers were answered when they were.

I say this in the name of Jesus Christ, Amen. 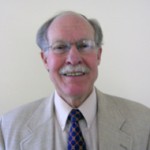 Tom Yuill is an emeritus professor of Pathobiological Sciences and of Wildlife Ecology at the University of Wisconsin, now living with his wife, Ann, in Mapleton, Utah, since his retirement eight years ago. He was on the UW faculty for thirty-three years as a teacher and researcher, and during that time also served as Associate Dean for Research in the School of Veterinary Medicine for ten years and, for another ten years, as Professor and Director of the Nelson Institute for Environmental Studies.