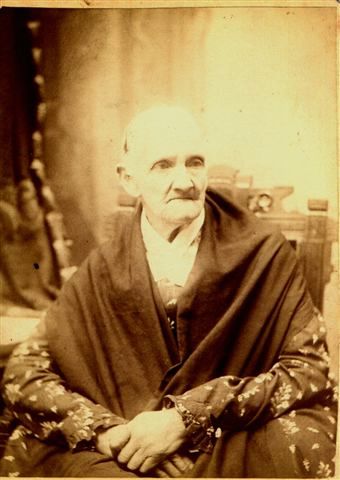 Katharine Smith [although several variable spellings of her given name can be found in sources, including “Catherine”, “Catharine”, and “Katherine”, Salisbury spelled her name “Katharine” throughout her life], the seventh surviving child of Joseph Smith Sr. and Lucy Mack, was born on July 28, 1813 in Lebanon, New Hampshire. She was fourteen when her brother Joseph brought the golden plates to the family home in Manchester, New York, in September 1827. She was an eyewitness to many important events of the Restoration, including hefting the covered gold plates after Joseph had brought them into the Smith home. Shortly after the plates were retrieved, Katharine was active in ensuring the safety of the plates—on one occasion hiding them in her bedcovers as a mob searched the Smith family home.

She was subsequently baptized by David Whitmer in Seneca Lake at the Church’s first conference, held 9 June 1830. When the call came to gather to Kirtland, Ohio, Katharine migrated with the Fayette Branch of Saints and was privy to the miracles and hardships common to that company. A few months after her arrival in Ohio, Katharine married a young lawyer named Wilkins Jenkins Salisbury, an enthusiastic New York convert. The couple eventually settled in Chardon, Ohio, several miles southeast of Kirtland. Jenkins, as he was called, served a mission for the Church in 1833 and marched with Zion’s Camp the following year. Because of his service in the camp, Jenkins was called to the first quorum of Seventies, organized in 1835. Although his standing in the Church was erratic, he and Katharine migrated with the Saints to Far West and then on to Illinois. Once the Saints established themselves in Nauvoo, the Salisburys settled in the outlying community of Plymouth, Illinois, some forty miles southeast of Nauvoo. 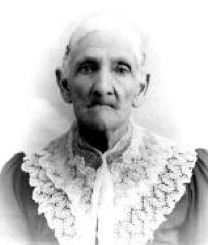 After Katharine’s brothers Joseph and Hyrum were killed, the Salisburys moved to Nauvoo to be with the other members of the Smith family. Like the other members of the family, they did not endorse the leadership of Brigham Young and refused to follow him to the Salt Lake Valley; this was based largely on her strong belief that the church should be led by a member of the Smith family.

Later, the Salisburys settled in Fountain Green, Illinois, where Katharine would live for the rest of her life. In 1853, Wilkins Jenkins Salisbury died of typhoid fever; they were the parents of eight children.[ On May 3, 1857, Katharine married Joseph Younger; they eventually divorced, though it is not known when this took place. They had no children together. After the divorce, Katharine retained the surname Salisbury for the rest of her life.

In 1873, based on her 1830 baptism, Salisbury was received as a member of the Reorganized Church of Jesus Christ of Latter Day Saints (RLDS Church), which was headed by her nephew Joseph Smith III. She was an active member for the remainder of her life, often traveling to RLDS Church conferences in Lamoni, Iowa, and Independence, Missouri. RLDS Church leaders often invited her to sit on the platform at church meetings because she was regarded as a living link to the early days of the church.

Katharine was the longest-lived sibling of Joseph Smith; she was frequently sought out for interviews and recollections by RLDS Church members and members of The Church of Jesus Christ of Latter-day Saints. She died in Fountain Green, Illinois on February 1, 1900, at the age of 86.