Oliver Cowdery Statements as One of the Three Witnesses 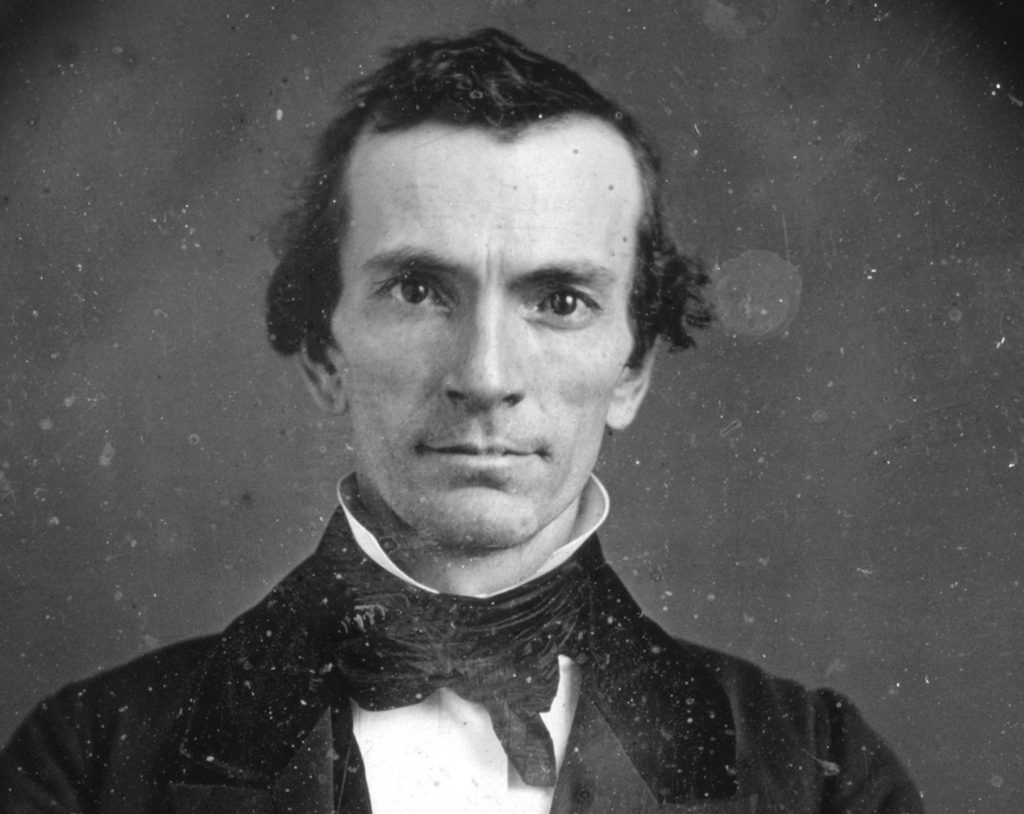 Daguerreotype of Oliver Cowdery found in the Library of Congress, taken in the 1840s by James Presley Ball. Image and caption via Wikipedia.

Oliver Cowdery was Joseph Smith’s primary scribe during the translation of the Book of Mormon, and had already received angelic ministrations with Joseph Smith by the time he went out into the woods with Joseph, David Whitmer, and Martin Harris to seek the promised view of the plates (see D&C 17).[1] According to the official statement printed in every edition of the Book of Mormon, Oliver, David, and Martin testified “that an angel of God came down from heaven, and he brought and laid before our eyes, that we beheld and saw the plates and the engravings thereon.”[2] The earliest extant copy of this statement is in Oliver Cowdery’s handwriting.[3]

Oliver also provided the earliest independent affirmation of the experience on record. In November 1829, a few months after the vision took place, Oliver wrote to a skeptical enquirer describing the experience:

It was a clear, open beautiful day, far from any inhabitants, in a remote field, at the time we saw the record, of which it has been spoken, brought and laid before us, by an angel, arrayed in glorious light, ascend out of the midst of heaven.[4] 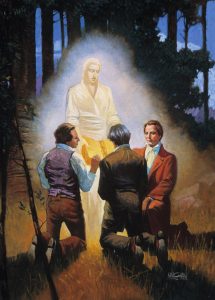 This was the most complete personal statement Oliver left behind. In a handful of additional documents written throughout his life, he made reference to and reaffirmed this experience. In 1837 he said, “I feel equally as firm in the great and glorious cause when first I received my mission from the holy messenger.”[5] In the years just prior to his rebaptism in 1848, Oliver alluded to and affirmed his testimony in letters written to Phineas Young and David Whitmer.[6] And a few months after rejoining the Church, Oliver wrote a statement detailing his experiences involving three angelic ministrations, including that of Moroni, who showed the witnesses the plates. Oliver then stated that he, “in connection with Joseph the Seer, was blessed with the above ministrations.”[7]

In addition to these brief statements referring specifically to his angelic witness, Oliver related, defended, and testified of the origins of the Book of Mormon throughout an extensive corpus of personal writings and publications.[8] In one well-known example, found in a letter to W. W. Phelps, Oliver wrote of his experience as Joseph Smith’s scribe: “These were days never to be forgotten—to sit under the sound of a voice dictated by the inspiration of heaven, awakened the utmost gratitude of this bosom! Day after day I continued, uninterrupted, to write from his mouth, as he translated … the history, or record, called ‘The book of Mormon.’”[9]

Beyond the large corpus of such first-hand statements, many who heard Oliver testify left behind their recollections of his testimony. Edward Stevenson remembered frequently hearing Oliver testify “that he beheld the plates, the leaves being turned over by the angel.”[10] Numerous accounts from skeptics and believers alike consistently report that Oliver often testified of seeing an angel and the plates during his missionary travels to Ohio in the fall of 1830.[11] William E. McLellin and Thomas B. March each remembered occasions when Oliver and David Whitmer testified together of their shared vision of the angel and plates.[12]

There is less documentation of his testimony during the time Oliver was out of the Church.[13] Still, his personal correspondence with Church members and leaders reveals a continued faith in the events of the Restoration and a desire to be reunited with the Saints.[14] In these letters, Oliver expressed a desire to live his life in a way that his credibility as a witness would not be called into question.[15] 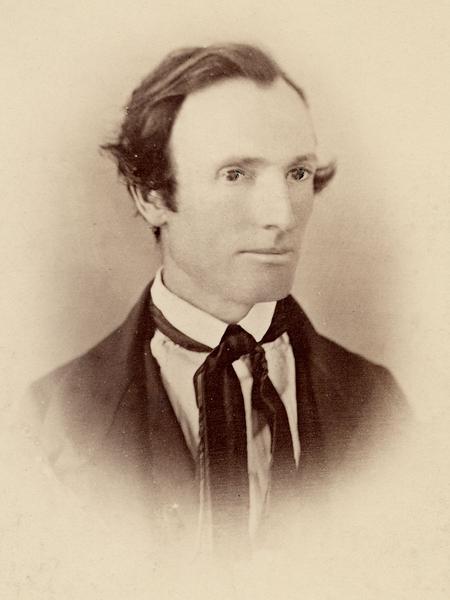 “I have cherished a hope,” he wrote to Phineas Young in 1846, “that I might leave such a character, as those who might believe in my testimony … might not blush for the private character of the man who bore that testimony.”[16] Similarly, in a letter to David Whitmer, his fellow Book of Mormon witness, Oliver wrote that the Church “must arise in a measure upon our testimony, and upon our characters as good men. … Let the Lord vindicate our characters, and cause our testimony to shine, and then will men be saved in his kingdom.”[17]

My husband, Oliver Cowdery, bore his testimony to the truth and divine origin of the Book of Mormon, as one of the three witnesses of the Book of Mormon …. From the hour when the glorious vision of the Holy Messenger revealed to mortal eyes the hidden prophecies which God had promised his faithful followers should come forth in due time, until the moment when he passed away from earth. He always without one doubt or shudder of turning affirmed the divinity and truth of the Book of Mormon.[21]

By Neal Rappleye, cross-posted with the permission of Book of Mormon Central from their website at Evidence Central.

[2] The Testimony of Three Witnesses.

[5] Oliver Cowdery, “Valedictory,” Feb. 1837, Latter-day Saints’ Messenger and Advocate 3, no. 11 (August 1837): 548. The official statement of the three witnesses says that at the time they saw the plates, “the voice of the Lord commanded us that we should bear record of it.” This may thus be what he is referring to as “the mission from the holy messenger.” Richard Lloyd Anderson, “Personal Writings of the Book of Mormon Witnesses,” in Book of Mormon Authorship Revisited: The Evidence for Ancient Origins, ed. Noel B. Reynolds (Provo, UT: FARMS, 1997), 43, noted that this source “may refer to one of the priesthood restorations or to the angel that commissioned Oliver as a Book of Mormon witness.”

[7] Oliver Cowdery to Elder Samuel W. Richards, January 13, 1849, in Morris, Documentary History, 379. The choice to only mention Joseph the Seer, and not David Whitmer and Martin Harris, is most probably due to the fact that only Joseph was with Oliver for all three angelic manifestations.

[13] A possible exception to this is the story of when he was an attorney, prosecuting a case, and the opposing council tried to use his testimony of the Book of Mormon against him. There are several different accounts of this event, but none can firmly be traced back to Oliver himself. For the accounts, see Vogel, EMD 2:467–490. For favorable analysis, see Richard Lloyd Anderson, Investigating the Book of Mormon Witnesses (Salt Lake City, UT: Deseret Book, 1981), 57–60.

[15] For an examination of Oliver’s character and the reliability of his testimony in light of it, see Anderson, Investigating the Book of Mormon Witnesses, 37–65.

Some or all of this content is used by permission of FairMormon.